Who the hell is John John? 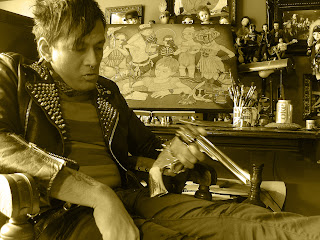 Punk rocker, and former Catholic school boy. John John's work reflects the gravitation and trials
of those two opposites. Born in New York City's then crime ridden and drug infested Lower East
Side, John John first gained notoriety as the founding member and bassist of the legendary
influential political punk band Nausea. Nausea toured the D.I.Y. punk circuit all over the United
States, Canada and Europe in the late 80's and early 90's, and released LPs and various 7"
singles. Though since disbanded in 1992, to this day they still maintain a huge loyal following,
and have influenced the next generation of the political punk rock genre. (Their Punk Terrorist
anthology CDs are now released on Jello Biafra’s Alternative Tentacle Records) 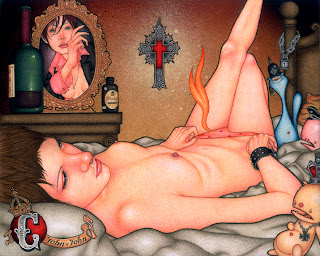 Having left school and home at 15 years old, equipped with no formal art training, he began doing
posters, flyer art, and record sleeves for bands like Agnostic Front, Destroy, and the Squat or Rot
record label, as well as Nausea while squatting in the Lower East Side. Those works can now be
seen in the follow up book by Feral House “Fucked Up and Photocopied” called “Punk Is Dead Is
Everything” which exhibits a number of John John’s punk and hardcore flyer works as well as him
being a contributing writer.
His unique style during this, "Black & White" period has been recognized on everything from
Downtown New York light poles and t-shirts, to "Baby Demonica", his first published work of pen
and ink drawings with Sirius in 2002 with limericks by Jesse, and former Danzig/DGeneration
bassist Howie Pyro. 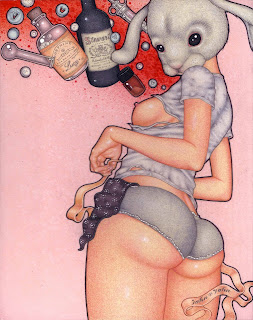 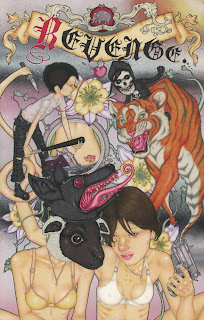 With his now widely collected paintings, we get glimpses of behind the scenes participation with
peers and what the oppressed youth stumbles into. He declares his works as his autobiography
narrated through paintings rather than with words. A true voice of his punk rock generation, John
John gives us more of the anarchy of youth. A portrayal of class war struggle, street anarchism,
and his past teenage destructive punk rock lifestyle of heroin addiction, alcoholism, love,
heartbreak, crime, teen suicide and triumph. It is a heroic fight from the gutter of the streets of the
80's Lower East Side, to the triumph of post-addicted street youth. 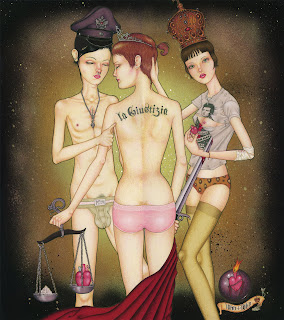 His ever present attention to detail has certainly become his signature style. The paintings
are finished in various antique ornate Baroque and Victorian lavish gold frames. The models
delineation, facial expressions, their clothing and inanimate objects, all reflect the artist's
pronounced attitude of familiar experiences. Vivid color, built up in translucent layers of graphite,
ink and gouache, erupts alongside mists of spray paint. With increasing volume, portraits and
surreal landscapes of young rebellious punk girls and boys, or elaborate dream-like narratives
of demons and angst amidst inner & outer destructive natures, and experimentation with sexual
discoveries (but he adamantly declares it not as Erotica). 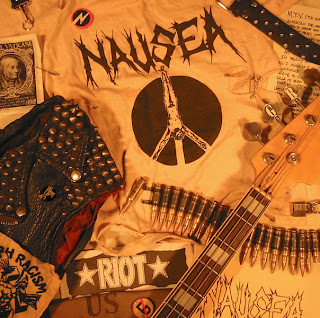 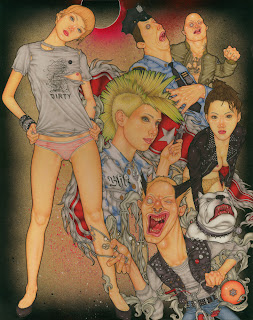 The same old tale of "No Future" is questioned with the addicted, political and lovelorn rising from
the bottom of society to finally being heard. John John Jesse's amount of energy, precision, idol
worship, angst and ceremony, alongside sub conscience delight and fear, gives us an imagery
with all it's beauty and defiance. What innocence should be, and what it tragically often becomes,
with conviction that can visually speak to generations. He does this with such obsessive detail
and flair for originality. To show us that the only hope beyond the tragedy of life, is the fact that he
has survived it with his art. 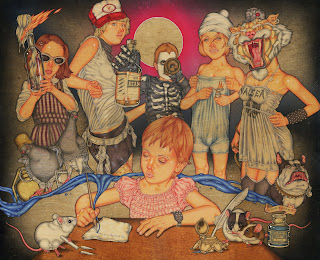 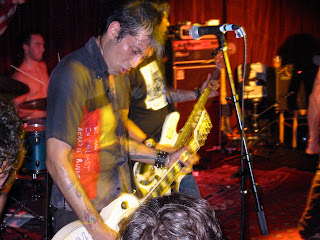 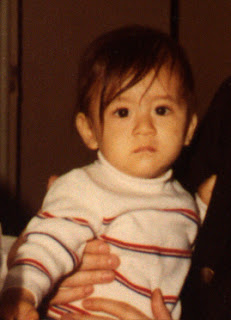 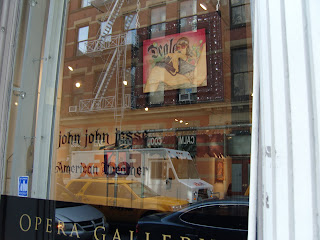 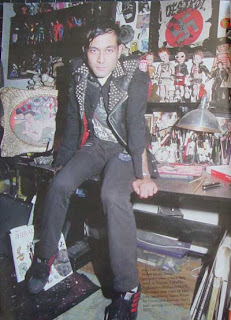